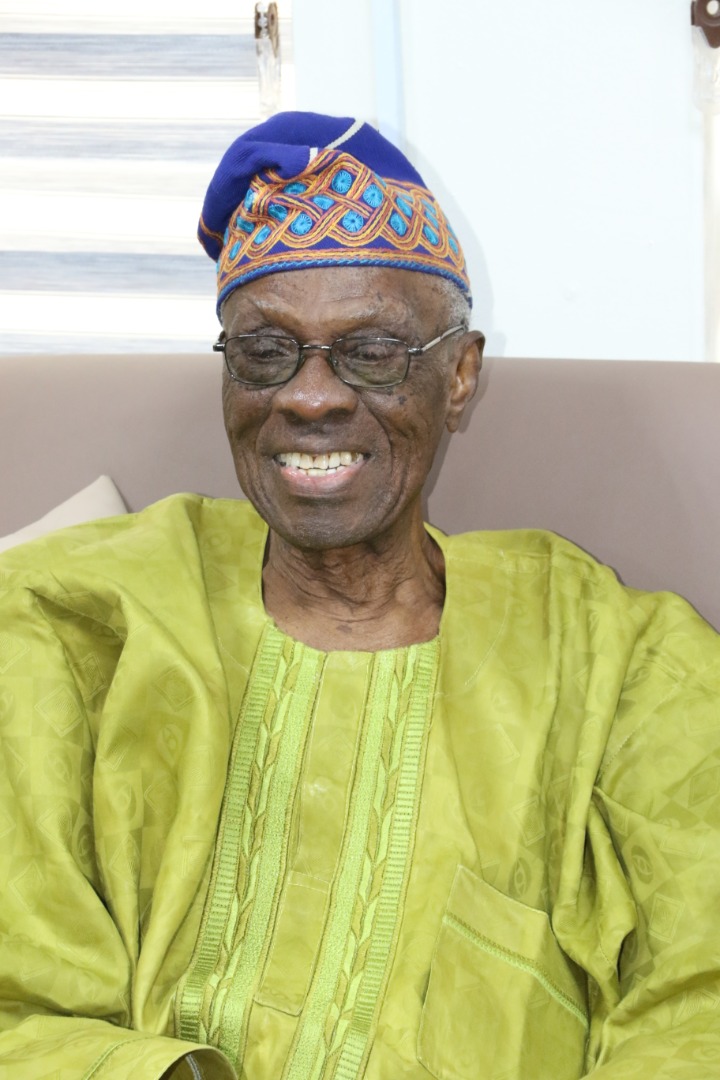 On Saturday 30 July 2022, the College of Medicine University of Ibadan (CoMUI) received the Abayomi Oshin family for the sod-turning ceremony to flag-off a building project donated to the Department of Physiotherapy, CoMUI. The Oshin family was led by the Patriarch of the family himself, Dr T. Abayomi Oshin who was pioneer Head of the Department of Physiotherapy in CoMUI. The sod-turning ceremony coincided with the 96th birthday of Dr. Abayomi Oshin. 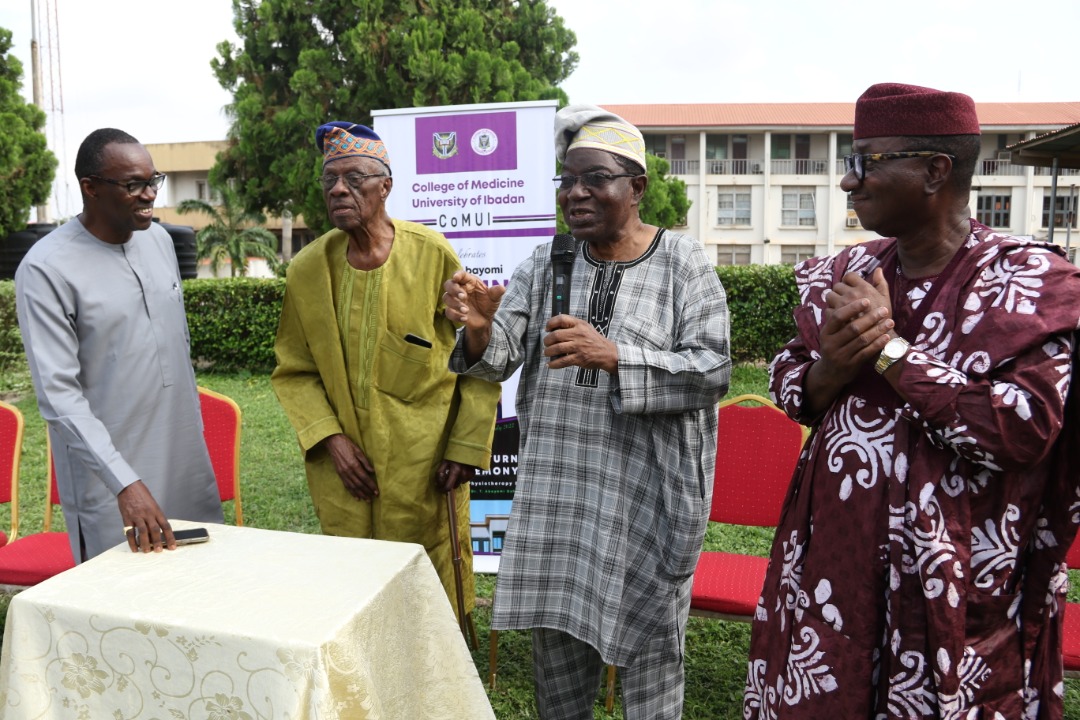 The children and grandchildren of Dr. Abayomi Oshin, including Otunba (Dr) Segun Oshin and Mr Wole Oshin who were present at the event, were joined by the Governor of Ondo State, Arakunrin Oluwarotimi Akeredolu, SAN, a classmate of Dr. Segun Oshin from secondary school in Loyola College, Ibadan. 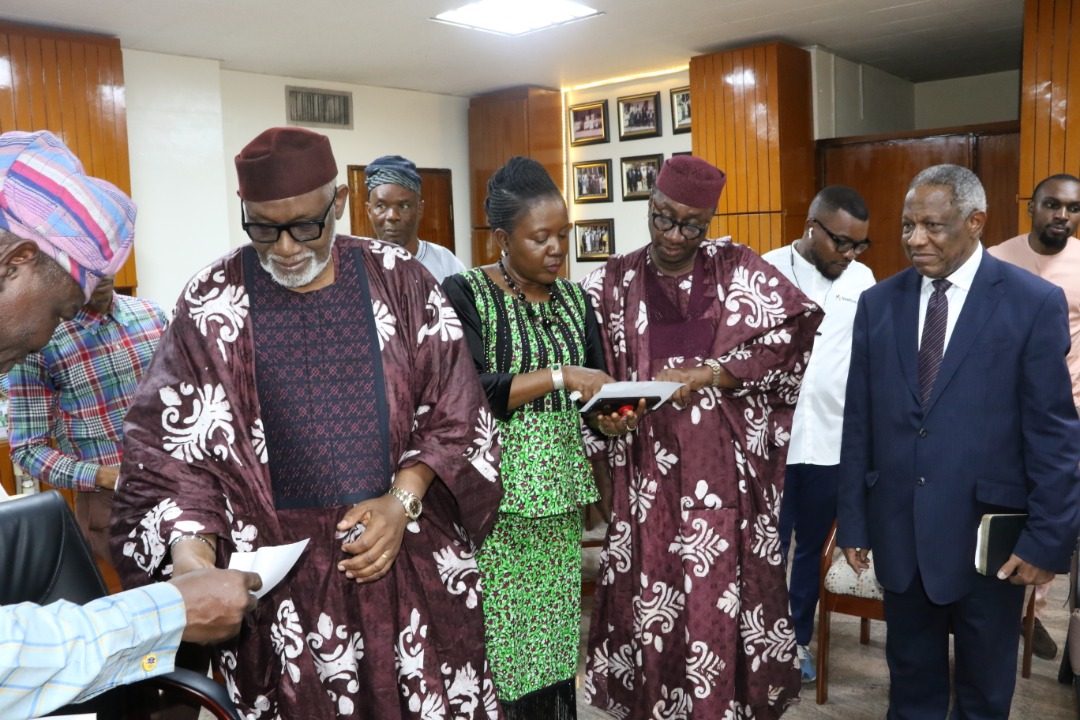 The guests were received in her office by the Provost of CoMUI, Professor Olayinka Omigbodun FAS who was representing the Vice Chancellor, Professor Kayode Adebowale mni FAS. The Provost later led the guests to the open land beside the Department of Physiotherapy where the new building will be erected. 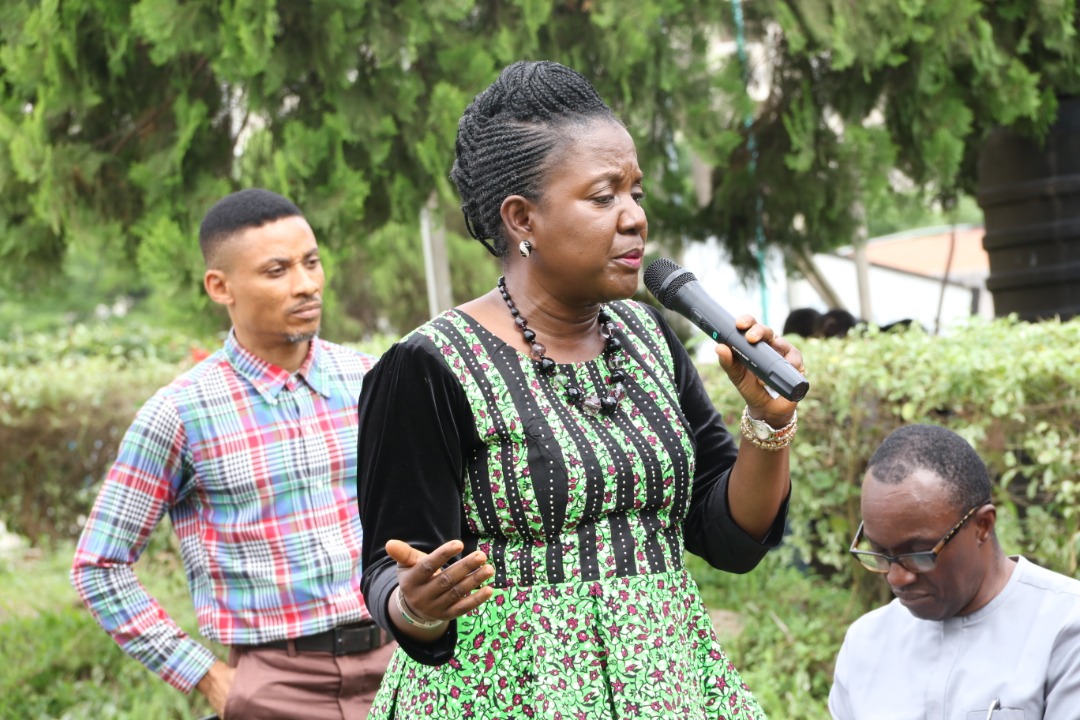 In her welcome remarks, the Provost appreciated Governor Akeredolu for attending the event in person and for supporting the Oshin family who are erecting the building in honour of their father, Dr Abayomi Oshin. The Provost provided a background leading to the sod-turning ceremony and the need for the department to expand physically in order to meet the yearning of the department in upgrading to a full-fledged Faculty. She expressed deep appreciation to the Oshin family for the legacy project. 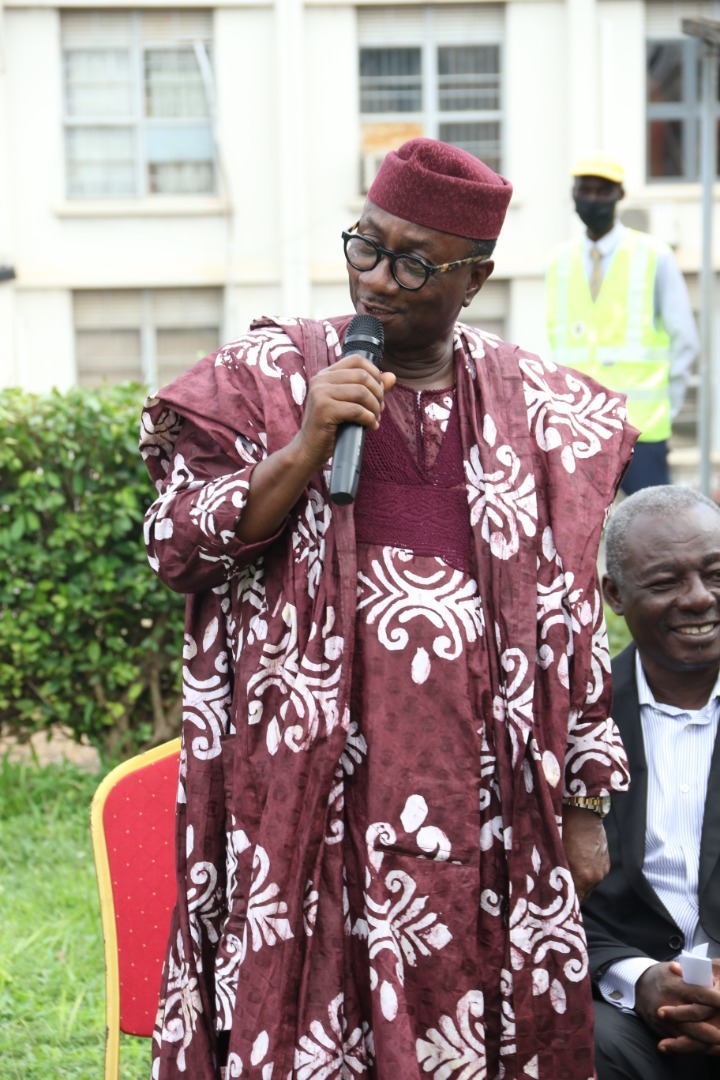 The first son of Dr Oshin, Otunba (Dr) Segun Oshin who was obviously elated by the recognition accorded to their father thanked the College of Medicine for giving the family the opportunity to put a monument for posterity in the name of their revered father. He provided a background into the project and expressed the commitment of the family to complete the project within the shortest timeline possible. 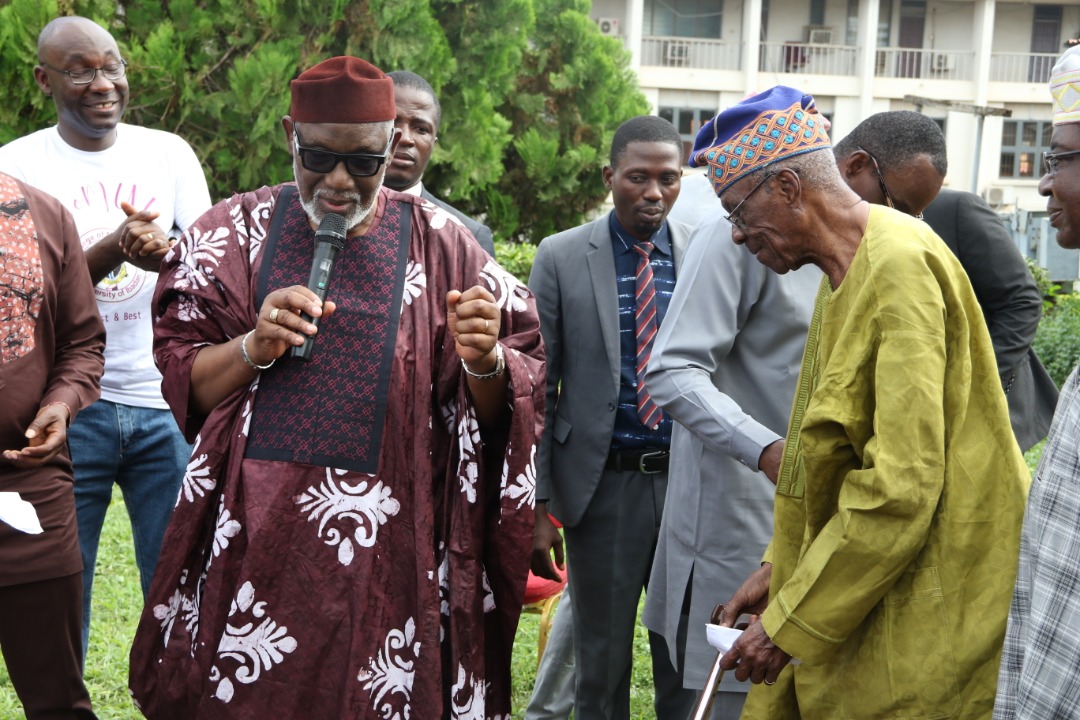 In his reaction, Arakunrin Olurotimi Akeredolu SAN expressed delight about the project, providing details of his relationship with the first son of Dr Oshin. He reiterated his resolve to support the project which he noted is a laudable one with the potential to impart on the training of students. 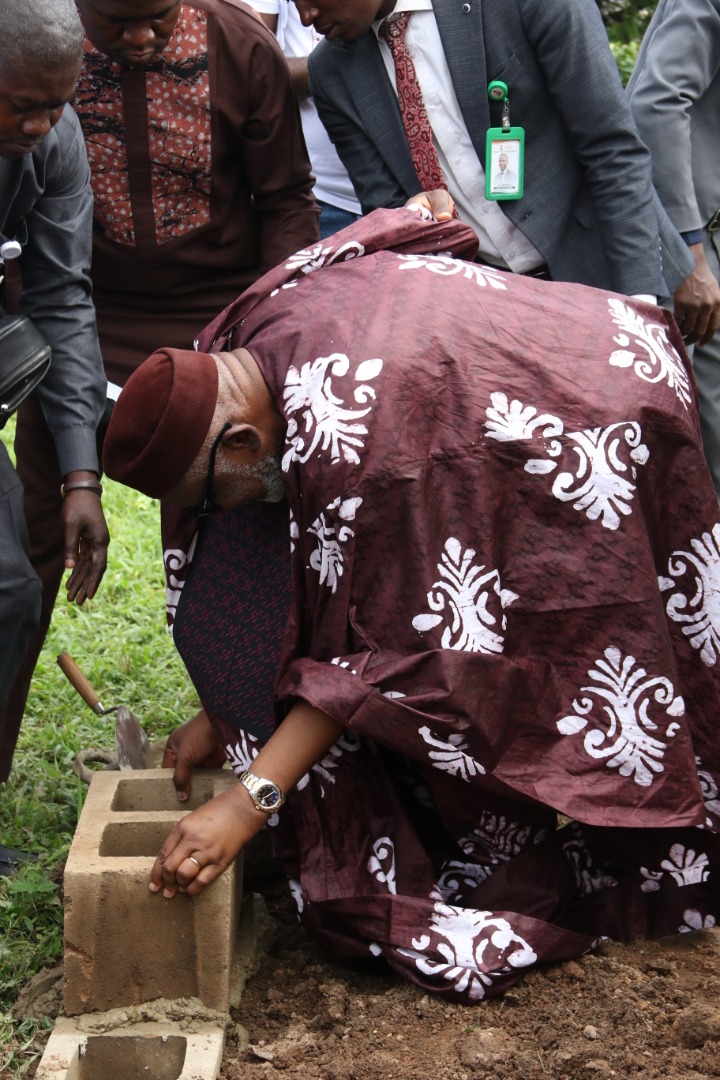 He thereafter led the sod-turning accompanied by the honoree, Dr T. Abayomi Oshin and his children. A special prayer for the commencement of the project and the celebration of the 96th birthday of the honoree was offered by Professor Sam Omokhodion. 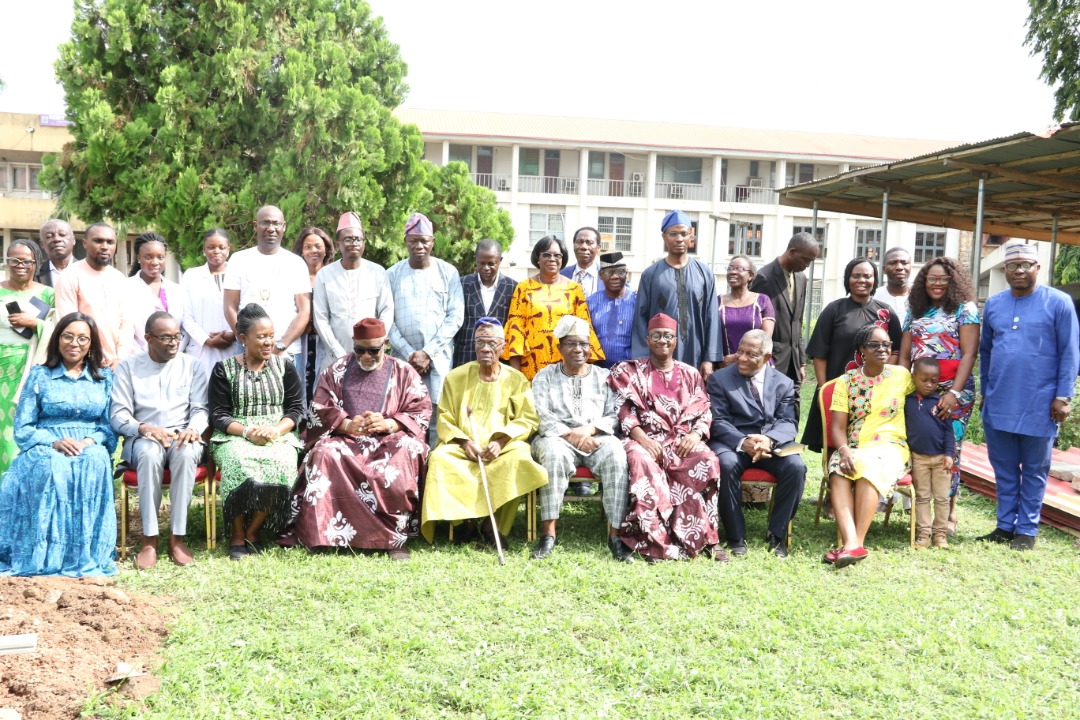 The Provost was accompanied to the event by the Deputy Provost, Professor A.F. Adeniyi, the Secretary to the College, Mr D.O. Oyejide and the Director, Institute of Advanced Medical Research and Training, Professor Ikeoluwapo Ajayi. Also at the programme was the Foundation Provost of the College of Medicine who also doubled as Chief Medical Director of the University College Hospital, Ibadan, Emeritus Professor Oluwole Akande. The event also witnessed a large turnout by the members of staff of the Department of Physiotherapy led by the Acting Head, Dr Omoyemi Ogwumike. They were full of gratitude to the Oshin family as they look forward to the completion of the project. Vote of thanks was delivered by the Chairman, College Ceremonial Committee, Dr Nse Odunaiya. 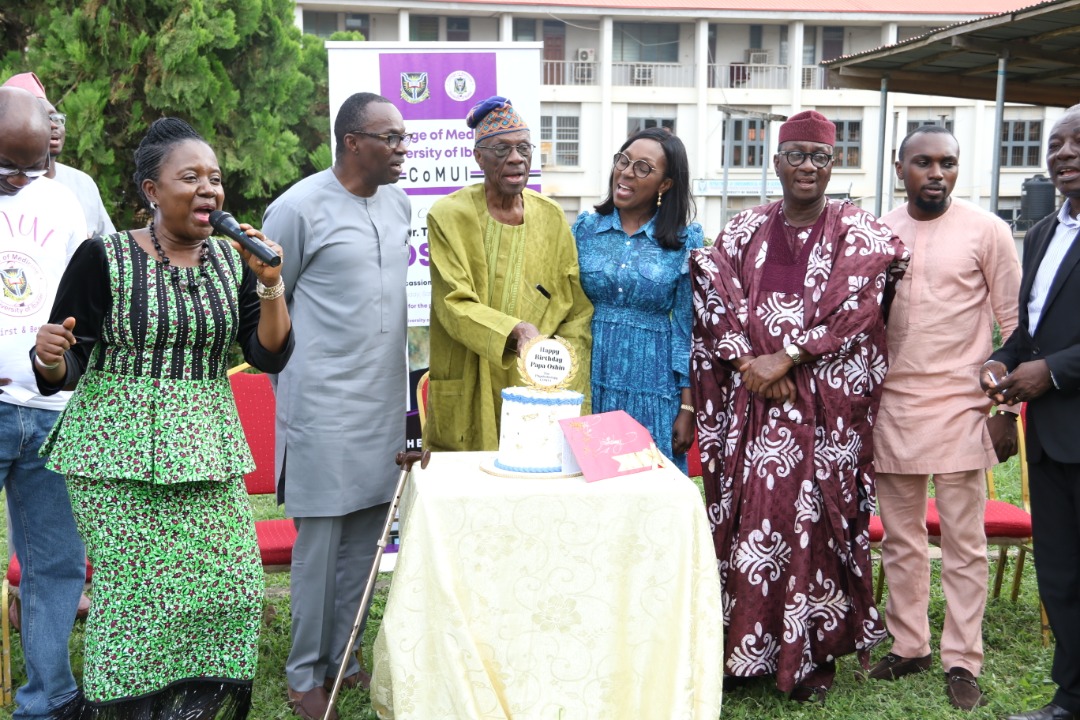 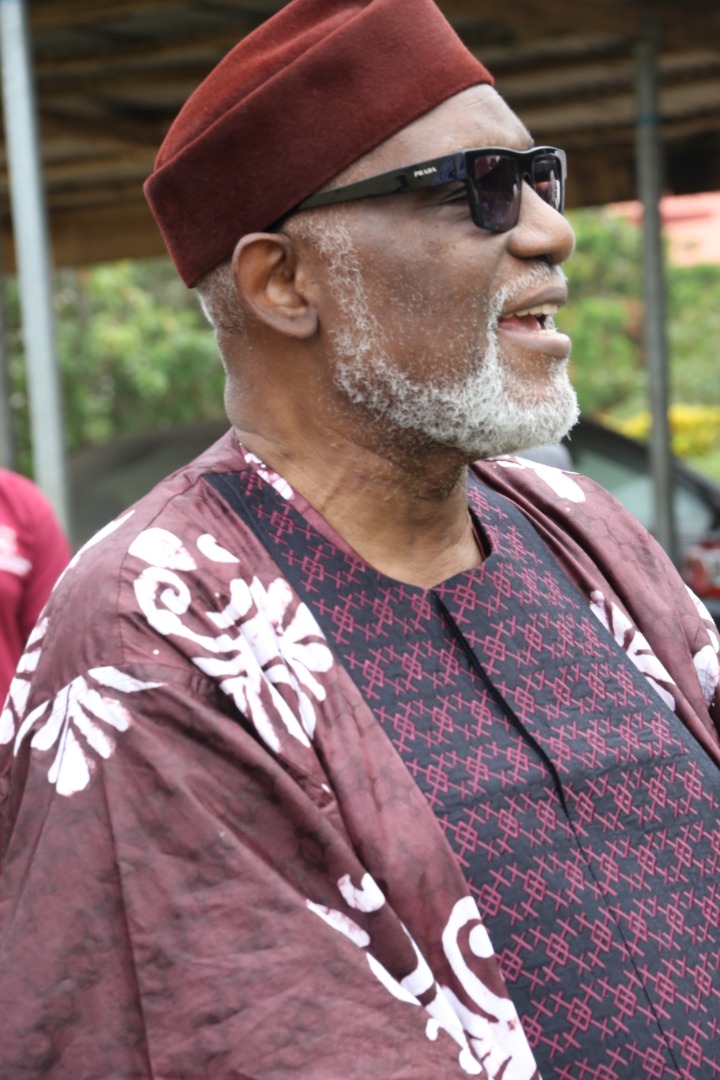 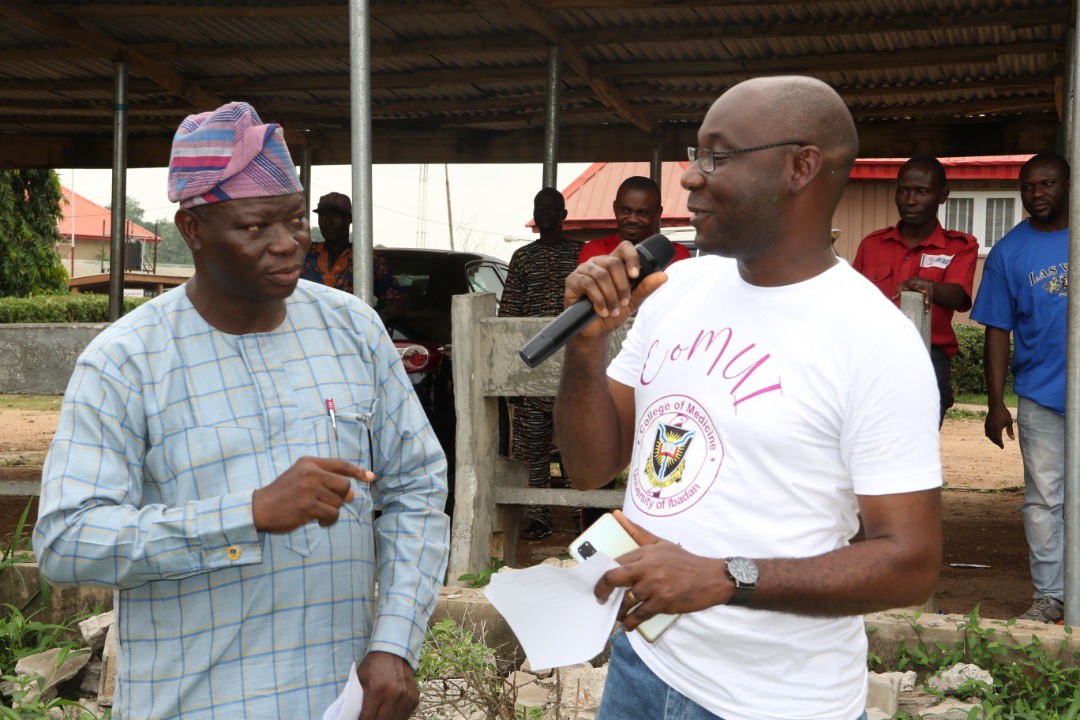 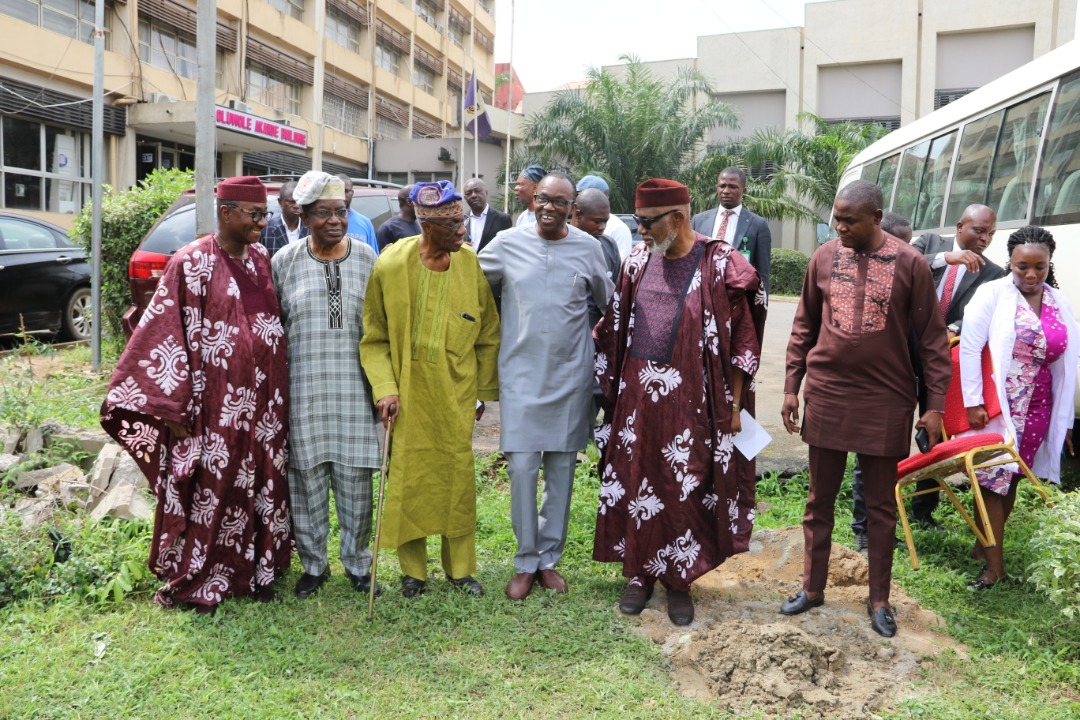 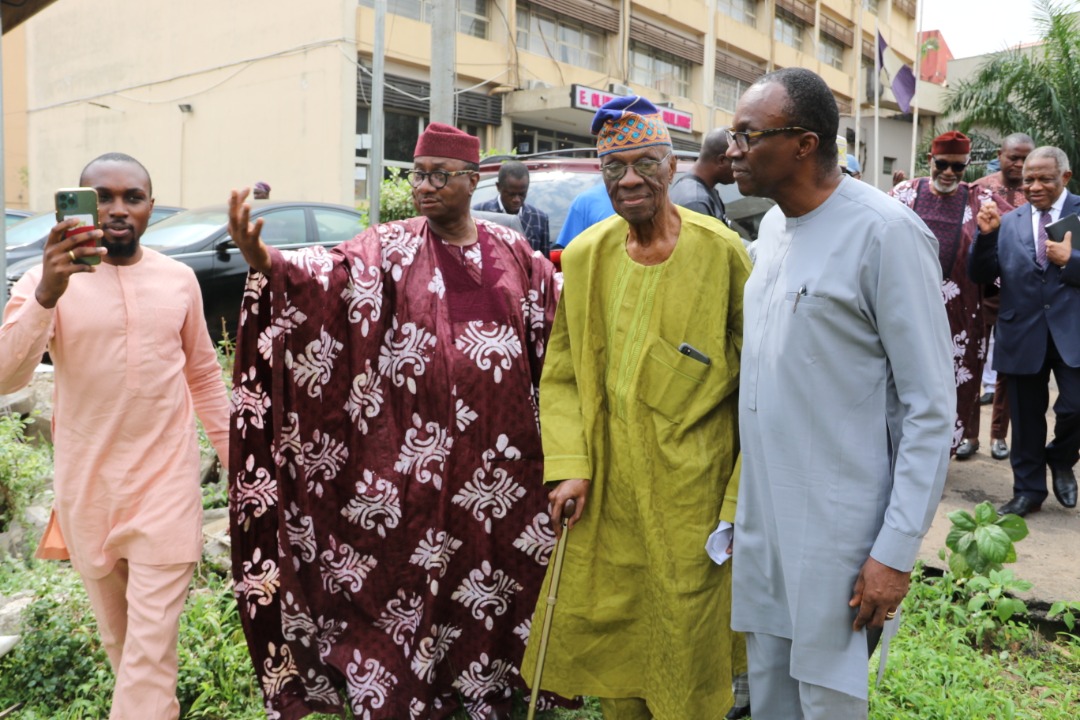 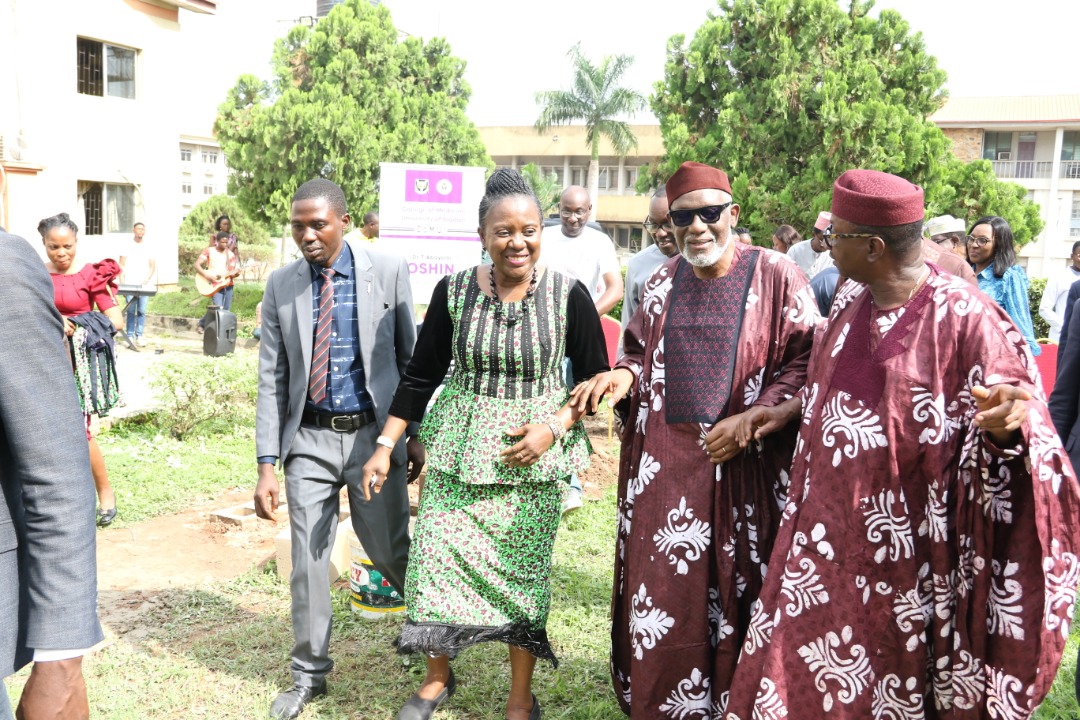 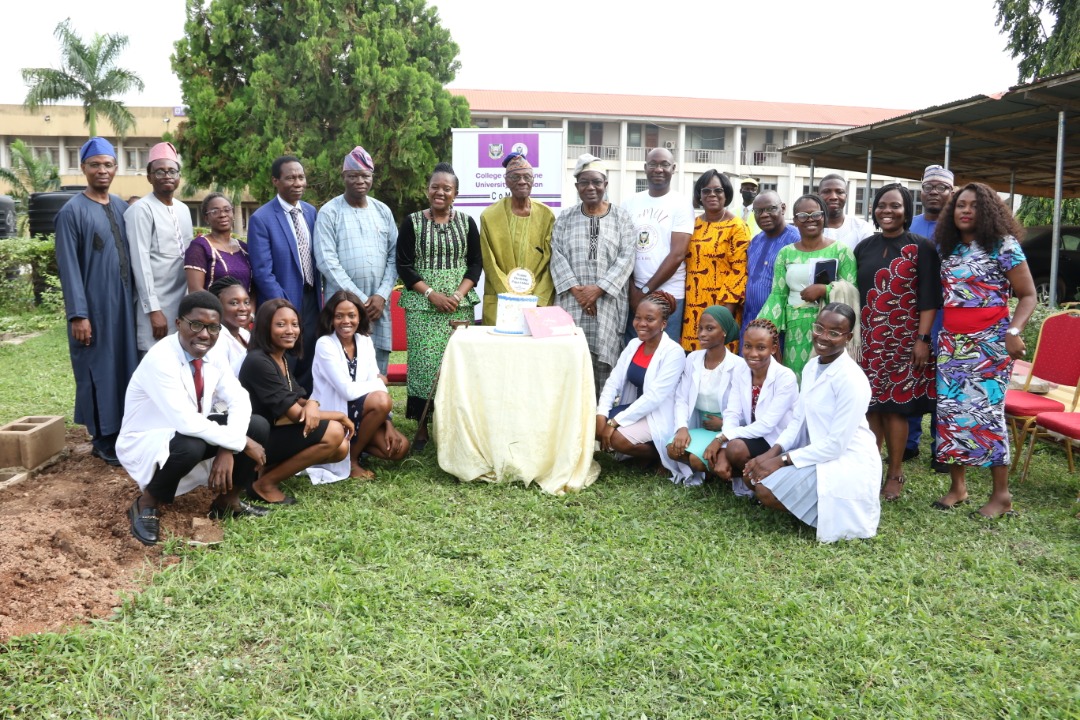 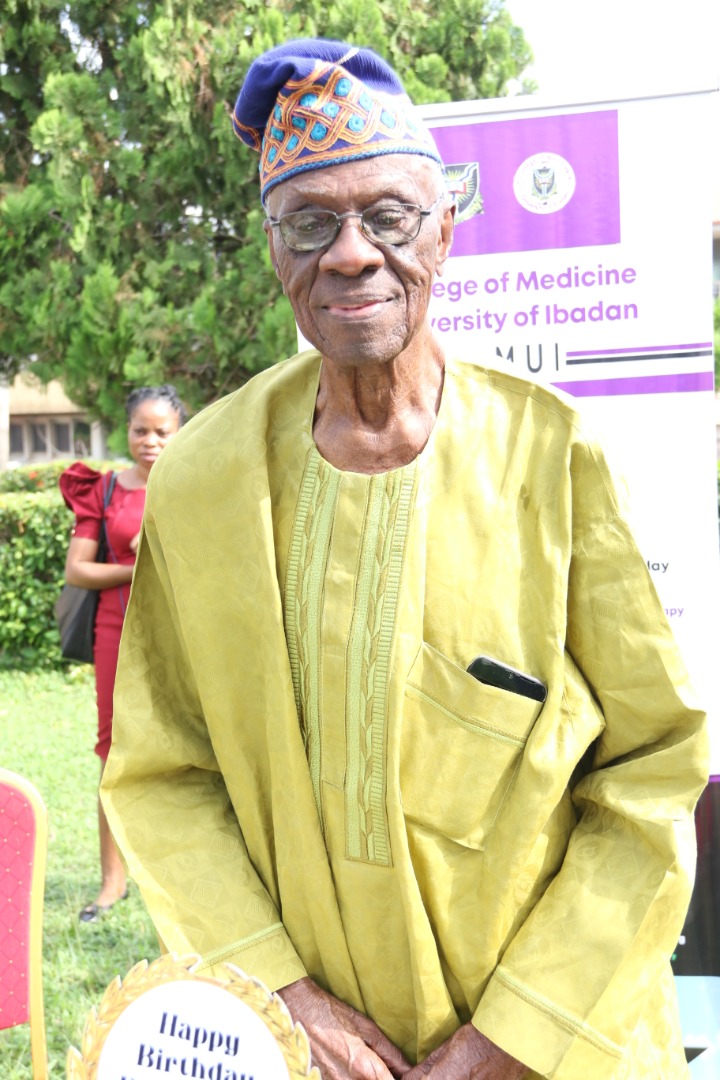