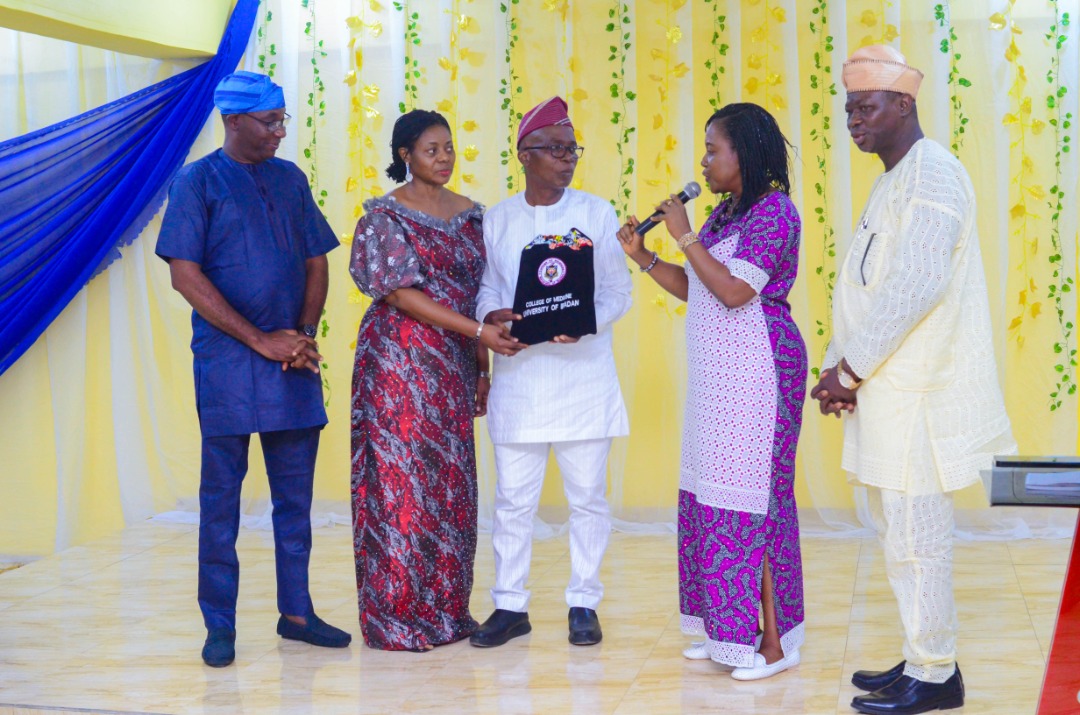 The Abib Olamitoye Foundation has adopted the South West Ward Three (SW3) of the University College Hospital (UCH), Ibadan. The official handing over ceremony was held on Sunday, May 22nd, 2022, at Hall One, Academy Suites, Old-Ife Road, Ibadan. 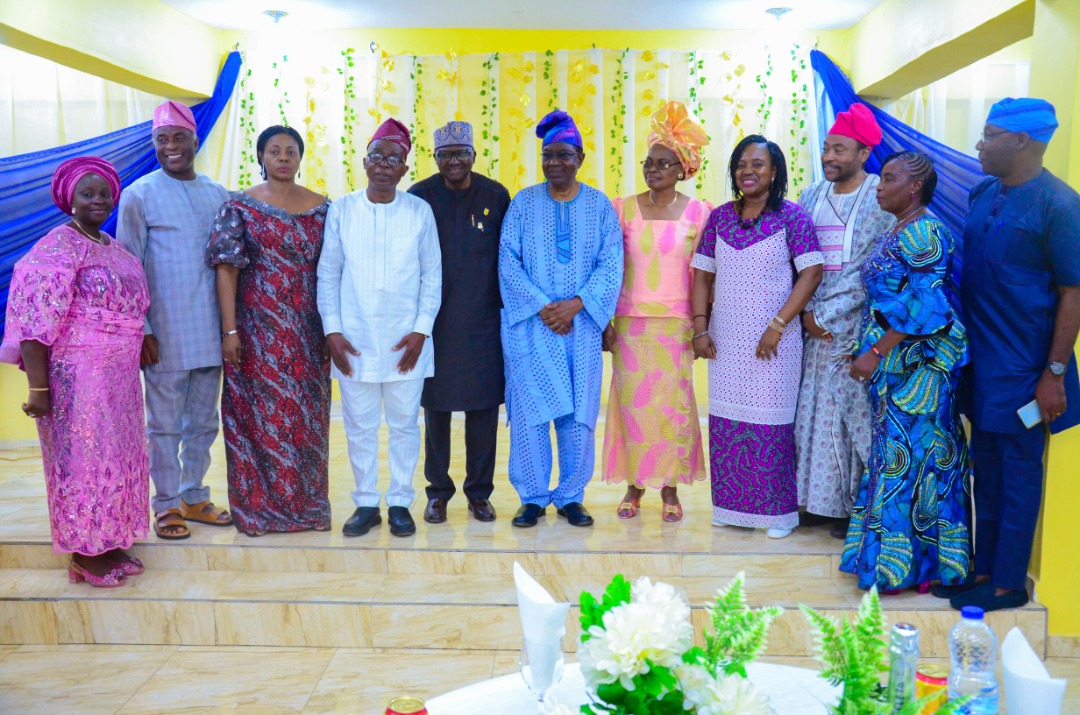 The ceremony had in attendance dignitaries from the University of Ibadan, College of Medicine, University of Ibadan (CoMUI), University College Hospital as well as the family and friends of Dr. Abib Olamitoye. The event also marked the 65th Birthday celebration of the philanthropist. By implications, in adopting the South West Ward 3, UCH by Abib Olamitoye Foundation, the Foundation would be taking complete charge of the Ward’s running costs for the next five years. In addition, the Ward will be named after the donor. In his welcome address, Dr. Abib Olamitoye appreciated everyone for attending and said his drive and passion to serve others and contribute to the development of the society led to the decision of his foundation to take over the management of the South West 3 Ward. The astute Medical Practitioner cum Business Leader who obtained both his Medical degree (MB.BS) as well as his Masters degree in Business Administration (MBA) from the University of Ibadan, assured the distinguished audience of his willingness to continue to do his best to give back to the institution that made him. He added, "Today, I have not come back to support the University College Hospital as a philanthropist, I am a privileged son who has returned to pay a portion of my debt. I am here to thank my teachers and celebrate my mentors for providing strength when I was weak, for the tutelage, for the right direction and the gainful destiny". He concluded by saying that the take-over of the ward is a "privilege that we are taking with both hands". Dr. Abib Olamitoye is a very active member of the CoMUI MBBS/BDS Graduating Class of 1985 and a former President of the Ibadan College of Medicine Alumni Association (ICOMAA) 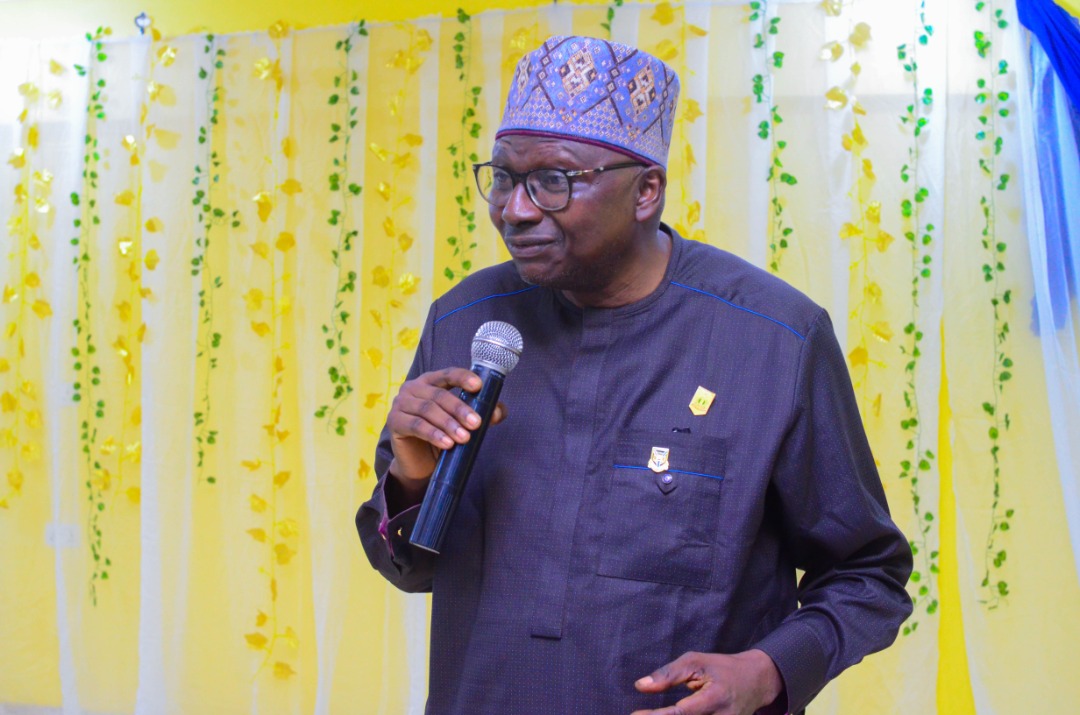 Secondly, he pointed out that the donor, Dr. Olamitoye, "has shown us the need to have courage where there had always been a competition". He went further to explain his point about how the private is always in conflict with the public sector especially in a situation where they both fish from the same pond. This was in reference to the fact that the Donor who owned several private hospitals was supporting the sustenance of a public hospital.

Professor Adebowale thanked the donor again for surmounting the challenges that might have hindered the ward adoption from happening and lauded his uncommon act of giving. Concluding his speech, he prayed that God would continue to prosper Dr.Abib Olamitoye and his family far beyond his expectations. The VC further encouraged the Provost and Chief Medical Director (CMD) of the University College Hospital to maintain the institution's side of the partnership in order to ensure that the Olamitoye Foundation records a brilliant success with this bold step. 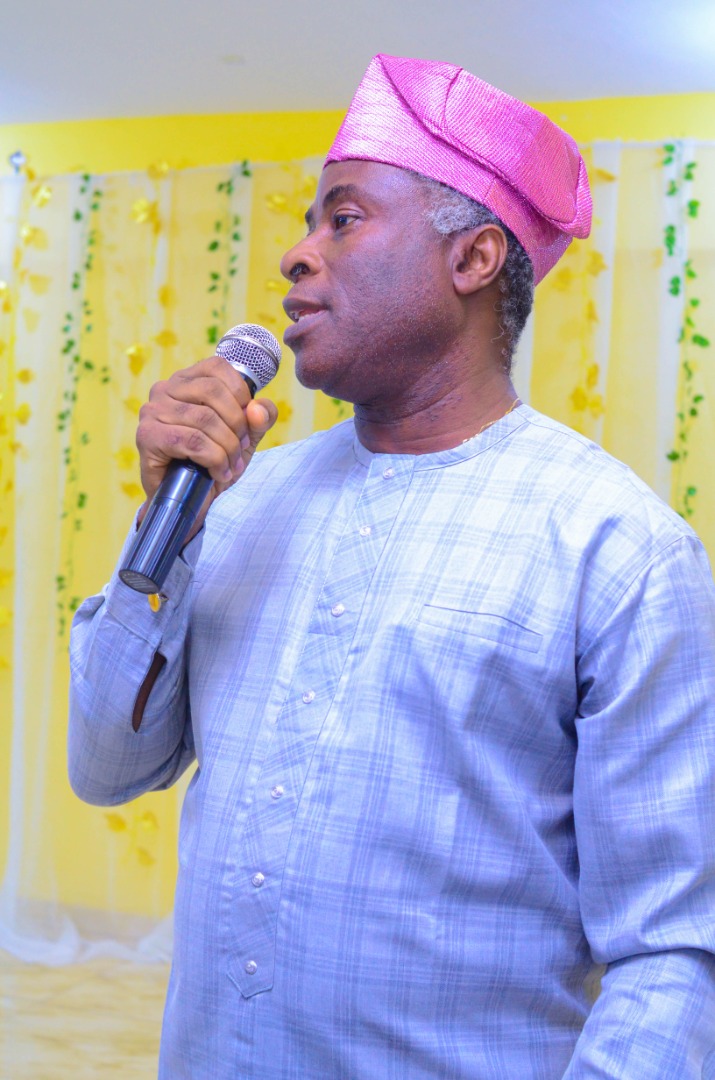 Delivering his response speech, the CMD, Professor Jesse Otegbayo said he could not contain his joy that such a development was happening during his tenure. He specifically thanked the donor and celebrant, Dr. Olamitoye for keeping his promise and making the ward adoption happen, saying "government cannot do it alone". Just like the Vice Chancellor did while delivering his speech, the CMD specially recognised the presence of Emeritus Professor Oluwole Akande who they described as a "living ancestor" and the Foundation Provost of the College of Medicine and Pioneer Chief Medical Director of the University College Hospital, Ibadan.

As an interlude, the vibrant Explicit Dance Team thrilled the audience with their magical steps and movements to some evergreen old School songs of Ayinla Omowura, Ebenezer Obey, King Sunny Ade, Diana Ross, among others. 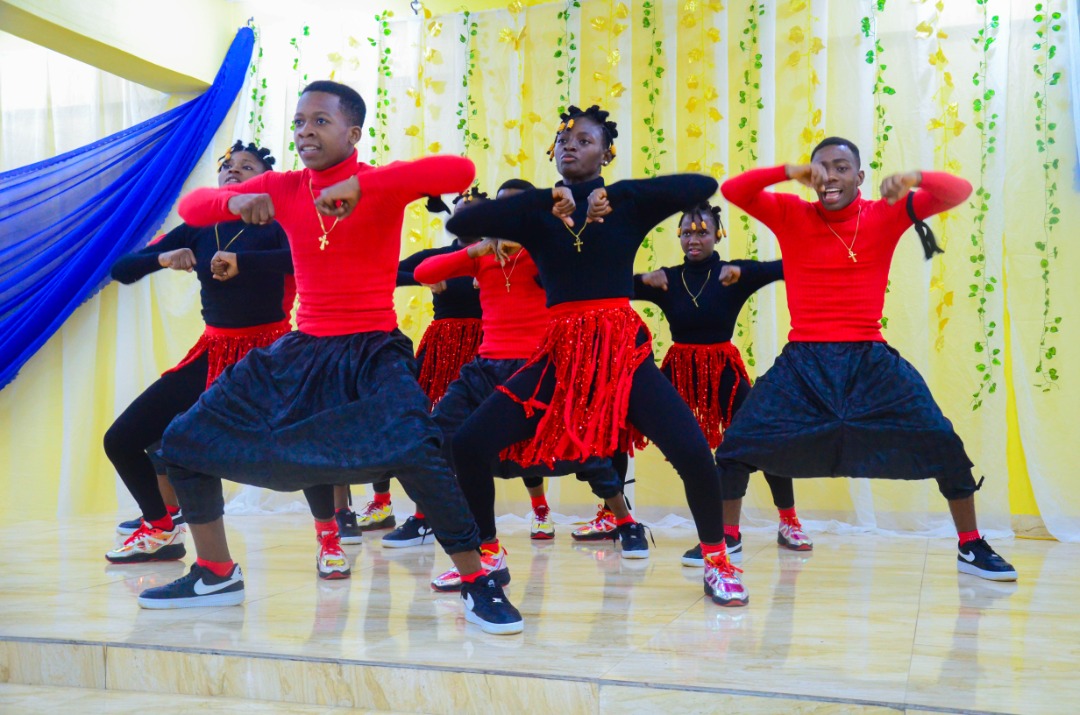 The Provost, CoMUI had the mandate to tell the distinguished audience what she knew about the celebrant. Professor Olayinka Omigbodun FAS started her presentation by thanking the donor for his selfless dedication to the College of Medicine and University College Hospital.  She noted that the celebrant and donor, her classmate from medical school would always be appreciated for his gigantic contributions to humanity. She acknowledged Dr. Olamitoye’s support for her leadership as Provost. 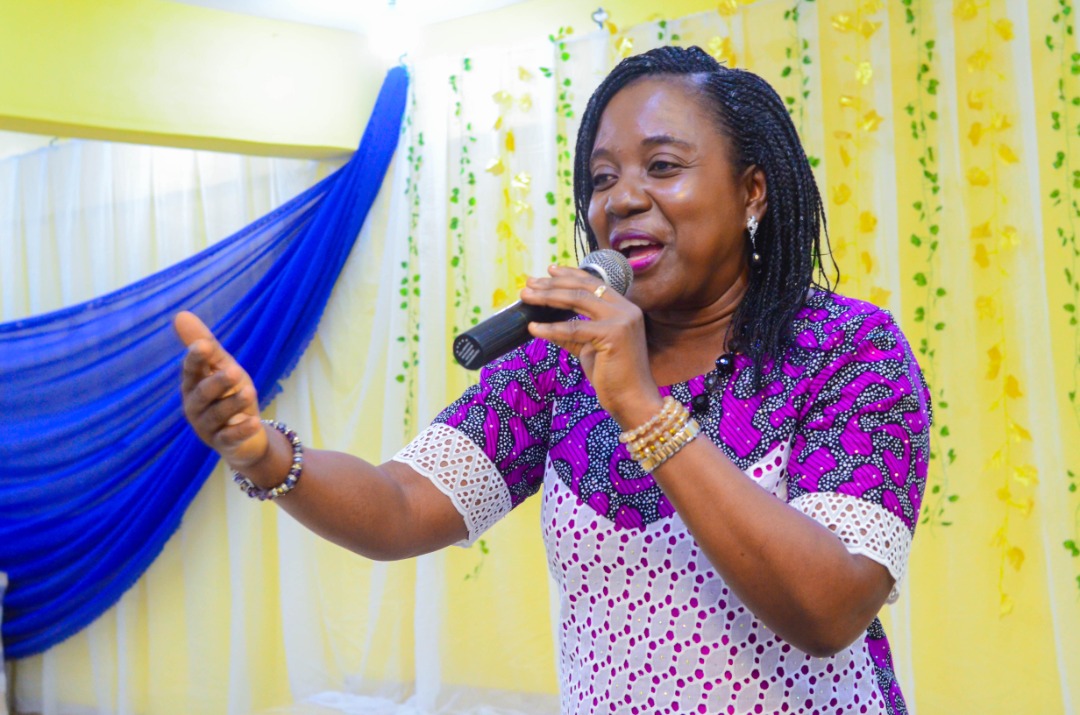 While acknowledging the presence of the Nigerian Medical Association (NMA) Oyo State Chapter President, she expressed her disappointment at the constitution of the all male new executive of the association at the national level. "The last executive was an all -male executive, now we have another all-male executive, I am actually embarrassed because it sends a strong message to the nation, to the children, to the youth, that women are not really needed at that peak of leadership". She used the moment to encourage women to develop skills that will make them fit for top leadership positions while also admonishing the men to reconsider fielding an all-male cabinet judging by its global implications, adding that studies had shown that women in leadership do a lot of excellent things.

Speaking further, she commended the donor, for his transformative leadership style, which he started displaying right from his studentship days. "Dr. Olamitoye is a leader that brings people together".  Professor Omigbodun reiterated as she praised the donor for his consistency in building people. She cited his contributions to the "Sponsor a Student Programme (SASP)" and other projects and programmes in the College of Medicine.

In concluding her speech, the Provost invited the Deputy Provost, Professor Fatai Adeniyi and the Deputy Registrar and Secretary to the College, Mr. David Oyejide, to join her as she presented the celebrant a beautiful handcrafted bag of souvenirs on behalf of the College.

The word "grace” was spelt to cut the celebrant's 65th birthday cake and this was coordinated by the Chairman of the occasion.

Responding, the celebrant dedicated the birthday celebration to his ever-supportive wife of 28 years, Mrs. Olubunmi Olamitoye of whom he said he could not point to anything he could do without her. He showered further appreciation on her to the admiration and loud applause from the guests.

"This is only the beginning of the philanthropic activities that will be carried out by Abib Olamitoye Foundation", said the son of the celebrant, Dr. Seun Olamitoye who took the closing remarks and vote of thanks.

The ward adoption ceremony attracted stakeholders of the University of Ibadan, the Management of the College of Medicine, Management of the University College Hospital (UCH) Ibadan, Emeritus Professor Oluwole Akande, Founding Provost of the College of Medicine, together with his wife, the Ibadan College of Medicine Alumni Association President (ICOMAA) Professor Emmanuel Otolorin, a former Provost of CoMUI and husband to the present Provost, Professor Akinyinka Omigbodun FAS, the Director –General & CEO of the Nigerian Institute of Medical Research (NIMR) and a Former Provost of CoMUI, Professor Babatunde Salako FAS, Senior Pastors of Vine Branch Ministries, Ibadan, Pastors Sola and Bridget Kolade, the Chief Executive Officer of Ilaji Resort, Chief. Dr. Dotun Sanusi among other highly distinguished personalities. It was truly an evening to remember. 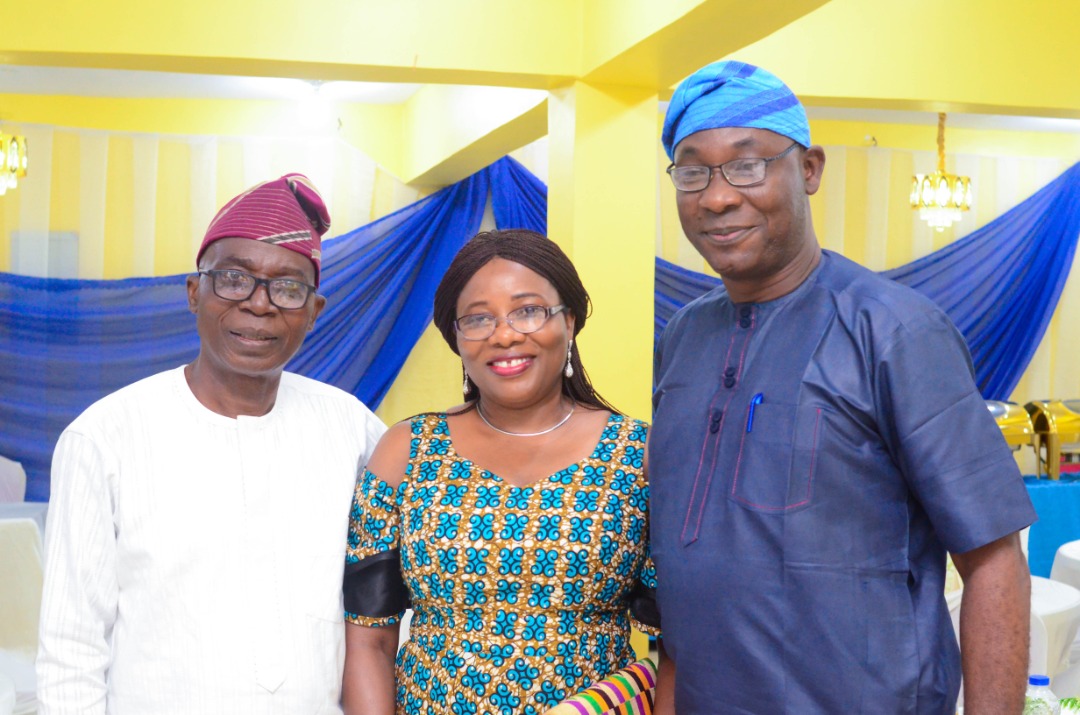 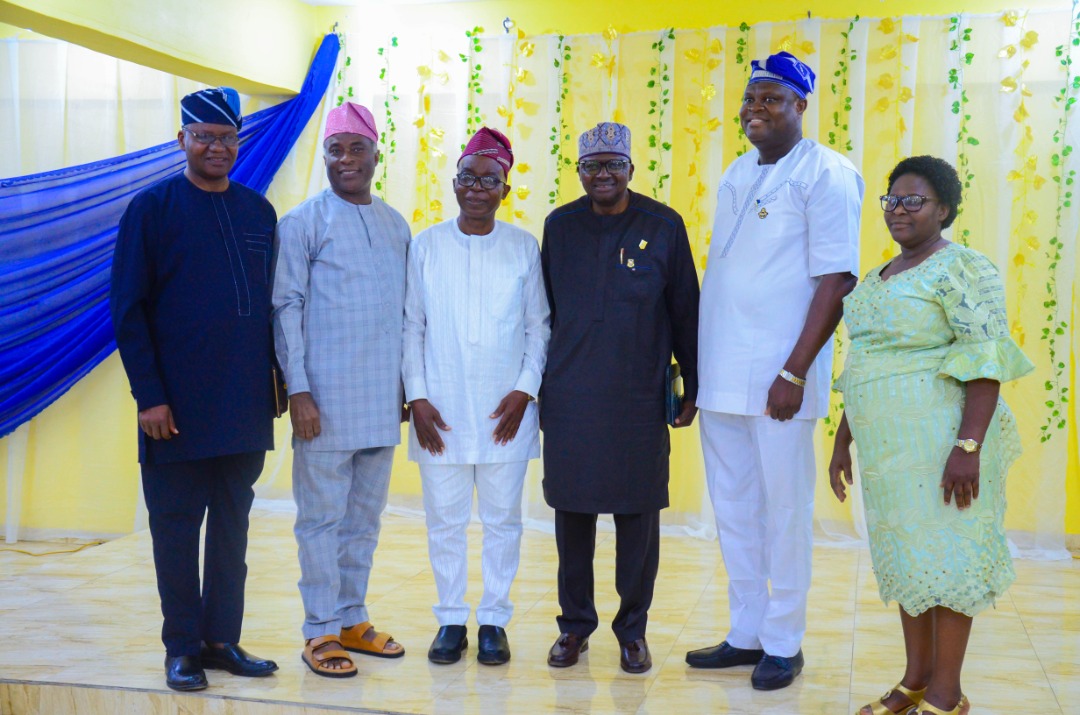 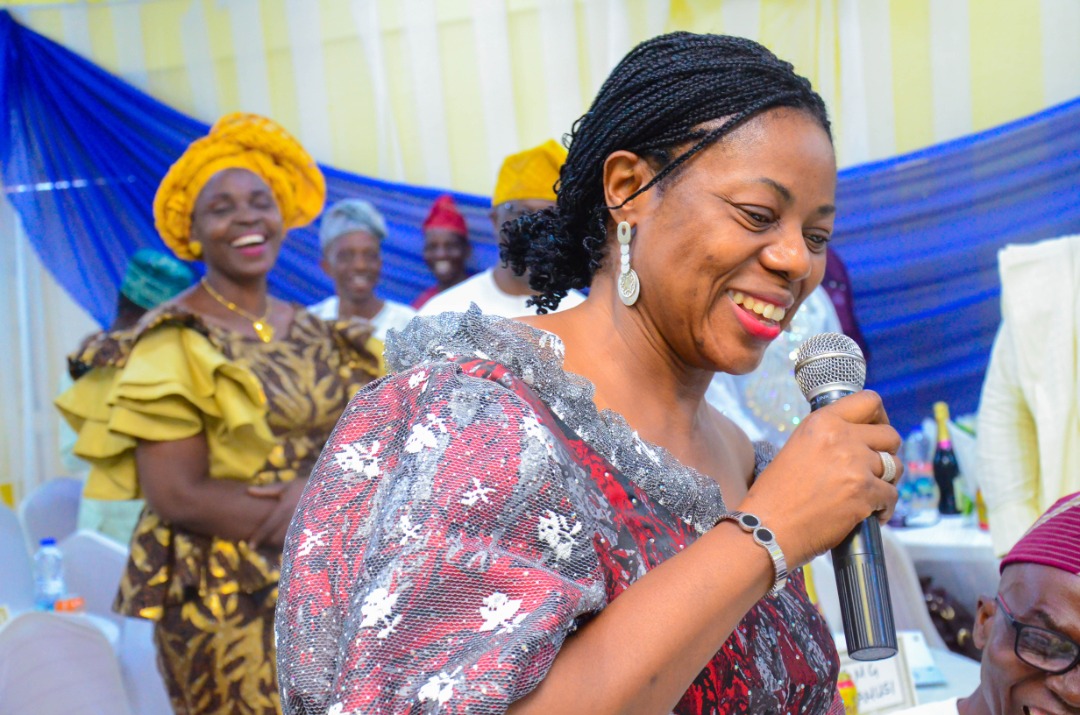 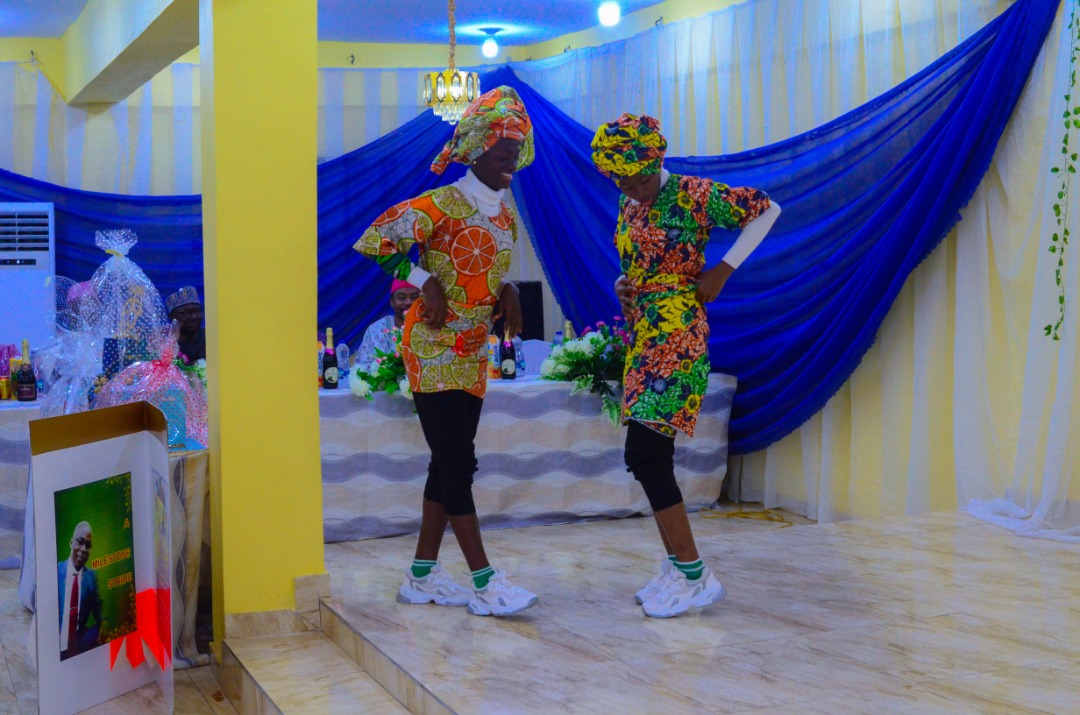 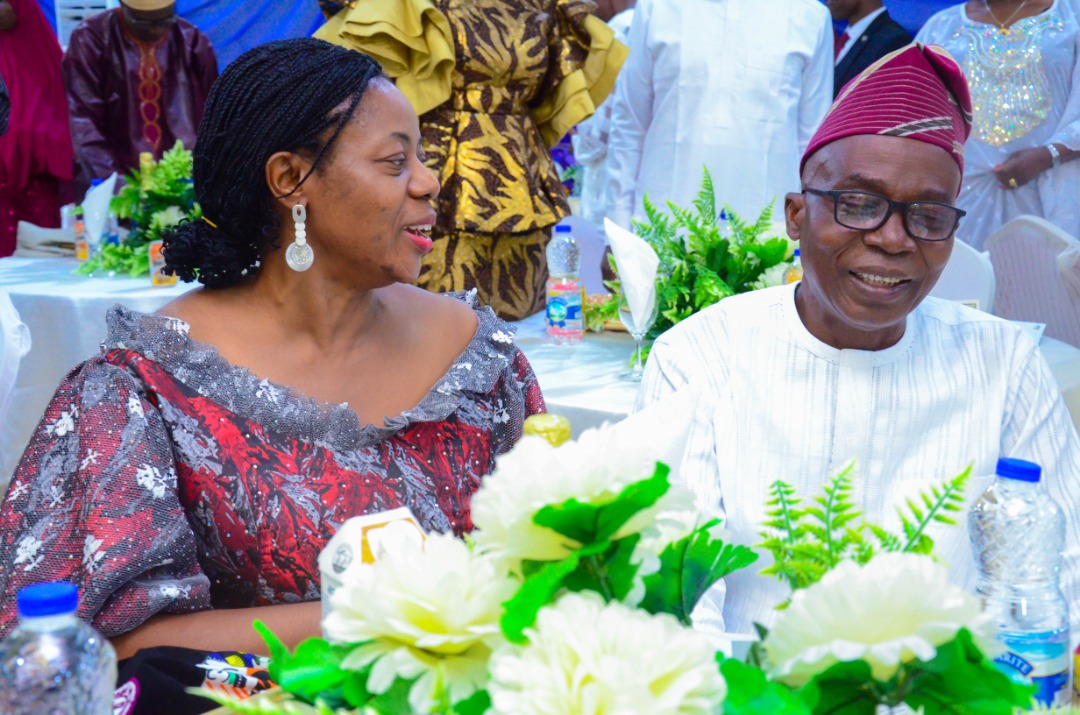 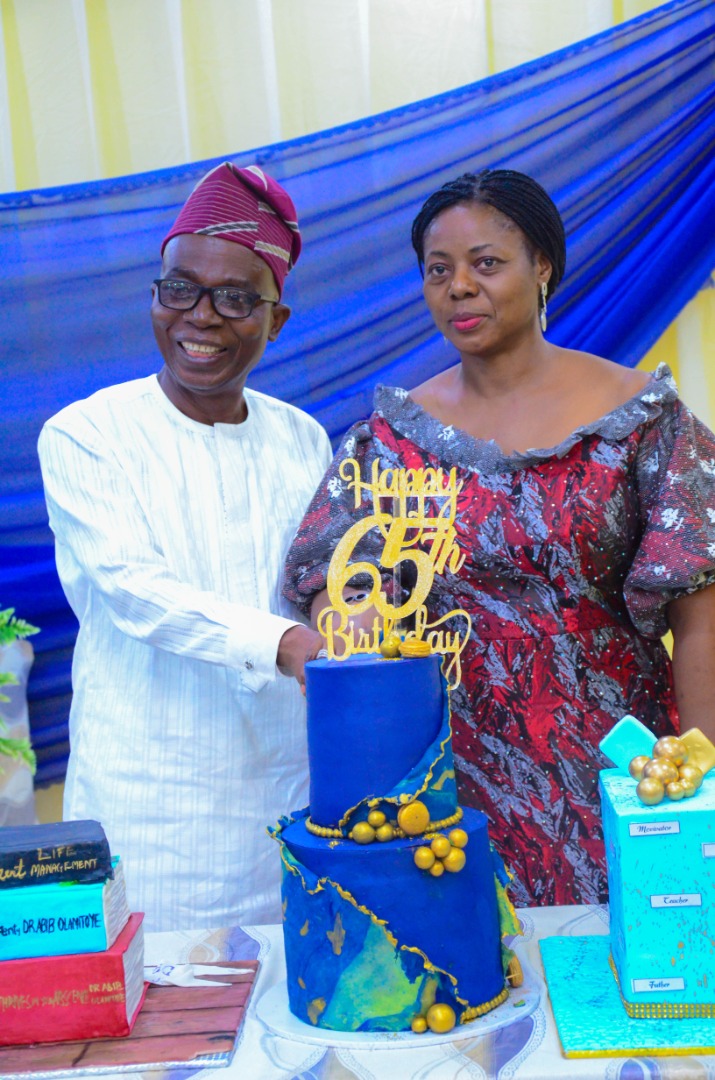